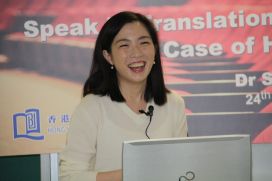 Most stage performances of translated theatre “speak in” translation, as they inhabit the world of foreign plays and adopt it as a model for the people and the theatre. Other performances “speak over” translation, as they interpolate the ideas of the local people into the foreign plays, not only in Sinified adaptations but also in supposedly faithful translations. The two types of renderings form a spectrum from mimicry to reverse mimicry (i.e., an impression that the Other is imitating the Self), showcasing various power-plays between the Self and the Other. Theatre translation functions in a space where a doubling and “building up” of identity occurs and local subjectivity is invariably empowered. It is an agent through which local translators, as nomadic subjects, embrace and give voice to identities that span more than one time, place, language, culture and context. Here, the Self is moving, multiple and negotiated, itself a kind of translation. The translated theatre of Hong Kong challenges discourses about translation that focus on authenticity, originality, unity, equivalence and diminishment. It further offers what Homi Bhabha describes as an “intervention”, which “properly challenges our sense of the historical identity of culture as a homogenizing, unifying force”.

Shelby Chan is associate professor at the School of Translation of Hang Seng Management College, Hong Kong. She is author of Identity and Theatre Translation in Hong Kong (Springer, 2015). Her research interests include interpreting, performing arts, gastronomy and translation, as well as postcolonial studies. She has also translated four plays from English to Cantonese for stage performances in Hong Kong. Currently she is translating Gao Xingjian’s On Drama into English.

Speak In Translation, Speak Over Translation: The Case of Hong Kong Theatre
Scroll to top