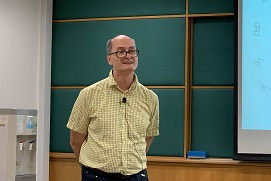 A number of approaches can be used to detect the presence of translation in Wikipedia: identifying the rare cases where its presence is documented, comparing extracts from different parallel articles or digging back into the articles’ history to discover the origin of translated text fragments. In the case of major international news stories one can often observe the very rapid development of a multilingual set of encyclopaedia articles, some of which come to resemble collages assembled from small text fragments some of which have been imported from another article within the set or from some other external source.
Identifying the translated material, establishing what it is a translation of and tracking the fate of each translated fragment once inserted in an article are all tasks that enable the researcher to investigate whether these fragments support an article’s point of view and whether the knowledge that each supposedly parallel article contained is therefore in some way distinctive, providing its readers with a somewhat different presentation and interpretation of what has taken place. One aspect of this that it is possible to track is the different ways in which the major political actors in a story are presented and framed. In the case of a couple of stories relating to Russia, for example, it is possible to observe how Russian President Vladimir Putin and a number of other political figures are presented in some of the major Wikipedia articles, as well as the extent to which this reflects the different points of view that each of these texts presents. This paper aims to investigate these matters and to consider the role of translation in building up version-specific images of the political figures involved.