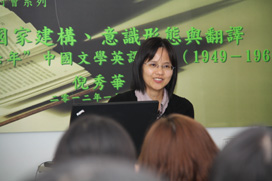 The first seventeen years of the People’s Republic of China (1949-1966) was a critical period for the newly-born modern Chinese nation to gain recognition in the international world. The same period also witnessed a unique translation activity, i.e. source culture-generated translation of a large number of classical and modern/contemporary Chinese literature into English and other foreign languages mainly undertaken by teams of Chinese and foreign translators in the Foreign Languages Press (FLP) in Beijing, a state-sponsored institute, in an attempt to reshape the image of China, hence rendering legitimacy to the newly-born nation. In light of contemporary views on the relationship between translation and nation-building and ideology, the present research sees the outward translation of Chinese literature in the first seventeen years of the PRC as a means of imagining and building the modern Chinese nation, and explores how English translations of Chinese literature played their role in the projection of the image of China and the building of the modern Chinese nation.

Nation-building, Ideology and Translation – A Study on English Translations of Chinese Literature in the First Seventeen Years of the PRC (1949-1966)
Scroll to top