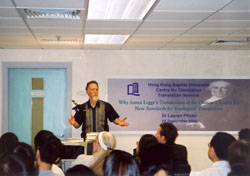 James Legge (1815-1897) produced what is arguably the most important corpus of European language based translations of ancient Chinese texts and commentaries during the imperial Chinese era. His monumental eight-tomes-in-five-volumes set of the Chinese Classics (first edition, 1861-1872; partially revised edition in 1893-1895) set a new sinological standard for European sinology and what later has became known in Anglo-American contexts as “Chinese studies”. Its continued usefulness is underscored by its being reprinted many times in various forms ever since it was first published, because it still serves as a standard work in these fields. Added to this major work was his six volume set of the Sacred Books of China (1879-1891), published in the monumental fifty volume series edited by Friedrich Max Mueller entitled the Sacred Books of the East. These included four volumes of works from the Ruist (“Confucian”) canon and two on Daoist canonical and later religious materials.

Though the standards and context of these two major 19th century contributions to “classical” sinological studies are uneven, Legge’s approach to the Chinese Classics in particular set the precedents for a new “Chinese classical canon” in more than a dozen ways. Each of these ways will be illustrated from the texts themselves, and then described and evaluated in the light of previous European translations of the same texts by Jesuits, French (and other) Academicians, and other Protestant missionaries.

Jointly appointed as Associate Professor in the Religion and Philosophy Department as well as the Humanities course at Hong Kong Baptist University, Lauren Pfister (費樂仁) has lived in Hongkong with his family since 1987. Serving as Associate Editor for the Journal of Chinese Philosophy since 1997, he has continued to pursue research in 19th and 20th century Ruist philosophy, the history of sinology, as well as comparative philosophical and comparative religious studies. He serves also as an Associate Research Fellow of the Center for Sino-Christian Research at Hong Kong Baptist University.
Recently his major research efforts have focused on the relationship between Christian missionary scholarship and the emergence of the category of “philosophy” in modern China, hermeneutical assessments of missionary translations of “classical” Chinese philosophical and religious works (especially by James Legge (理雅各), Ernst Faber (花之安 1839-1899), and Richard Wilhelm (衛禮賢 1873-1930)), as well as evaluative studies of Feng Youlan’s (馮友蘭 1895-1990) philosophical system, New Principle(-centered) Learning (新理學), and his various histories of Chinese philosophy. A two volume work on the missionary-scholarship of James Legge (1815-1897) is a result of 15 years of research and interpretive study, and was published by Peter Lang Academic Publishers in June 2004. It is entitled Striving for ‘The Whole Duty of Man’: James Legge and the Scottish Protestant Encounter with China.