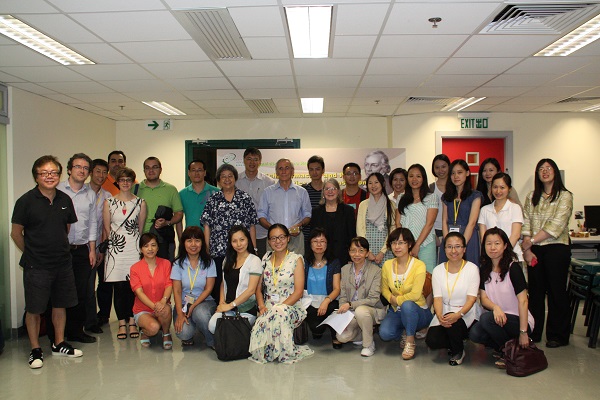 Research in neuroscience is changing the way human mental and physical faculties are understood. Most disciplines in the humanities and social sciences are being shifted by the findings of the new science of mind. This presentation is a preliminary exploration of some of the implications of research in neuroscience for translation studies. Understandings of both the processes and products of translation are opened up by what has already been discovered. In this presentation emerging views of the ways that perception, memory, and language are interrelated serve as a foundation for revisiting current theoretical presuppositions about how translators approach the interface of languages and cultures involved in any act of translation or interpreting. They illuminate the skills of translators and interpreters, the nature of multilingualism, and theoretical discourses in translation studies, including discourses about such things as the ideology of translation, the relationship between a translation and the receiving culture, and the invisibility of translators. In this overview Professor Tymoczko attempts to synthesize some of the large questions that the new science of mind raises for translation studies and to outline challenges that face the field in the coming decades.

Maria Tymoczko is professor in comparative literature at the University of Massachusetts. Her fields are Translation Studies; Celtic medieval literature; and Irish Studies. Her critical studies The Irish “Ulysses” (University of California Press, 1994) and Translation in a Postcolonial Context (St. Jerome Publishing, 1999) have both won prizes and commendations. Professor Tymoczko has edited several volumes including Born into a World at War (with Nancy Blackmun, 2000), Translation and Power (with Edwin Gentzler, 2002), Language and Tradition in Ireland (with Colin Ireland, 2003), Language and Identity in Twentieth-Century Irish Culture (with Colin Ireland, 2003; special issue of Éire-Ireland), and Translation as Resistance (2006, special section in The Massachusetts Review). Her most recent book is Enlarging Translation, Empowering Translators (St. Jerome Publishing, 2007), a major reconceptualization of translation theory, and the edited volume Translation, Resistance, Activism (University of Massachusetts Press, 2010).