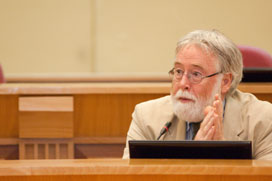 Rhetoric includes poetics, the production of texts, as well as aesthetics, the analysis and appreciation of texts. But rhetorics vary from one culture to another. Each culture has its own hermeneutic circle for interpreting its own cultural references, but one culture’s hermeneutics may not be commensurable with another culture’s literary traditions or imaginaire. Each culture has its own semiotic system, or semiosphere, but apparently similar signs may have very different connotations across cultures. For all of these reasons, and more, the field of comparative cultural studies requires an interdisciplinary approach as well as a cross-cultural approach in order to come to terms with the varieties of cultural manifestations that are grounded in specific cultures, and to respect such cultural production on its own terms, in one native context, while comparing them to the terms of a different native context.