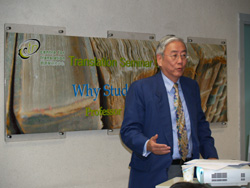 “Why Study Literature” is an exploration of the heuristic benefits of studying literature, which includes the disciplined development of the following faculties: (1) creative imagination; (2) vicarious sympathy; (3) capacious intuition. Creative imagination is to construct a reality out of nothing, to evoke real feelings and real emotions by constructive compelling and convincing fictions; vicarious sympathy is the ability to project one’s subjectivity into someone else’s subjectivity, to see things from someone else’s perspective; and (3) capacious intuition involves a generosity of spirit that borders on the mystical. Illustrative poems in each of these categories will serve to deepen and to enhance the heuristic values of poetry in general. The paper ends with a consideration of the pleasures of literature, and the aesthetics of an imaginative response to literature.
This is what I call a “template” paper, one that argues an exposition which, if valid, can be applied to different poems from different cultures. Previous versions of the paper have cited Korean poems, U. S.. poems, Hong Kong poems. For the presentation at Hong Kong Baptist University, poems written or translated by Baptists students and staff will be cited.

Eugene Chen EOYANG is currently Chair Professor of Humanities, Head of the English Department, and Director of General Education at Lingnan University in Hong Kong. He is also Professor Emeritus of Comparative Literature and of East Asian Languages & Cultures at Indiana University in the U. S. With a B. A. from Harvard College and an M. A. from Columbia University in English literature, he earned his Ph.D in comparative literature from Indiana University. He was a co-founder of the journal, Chinese Literature: Essays, Articles, Reviews (CLEAR) , and numbers among his publications, The Transparent Eye: Reflections on Translation, Chinese Literature, and Comparative Poetics (Hawaii, 1993) Coat of Many Colors: Reflections on Diversity by a Minority of One (Beacon, 1995) ‘Borrowed Plumage’: Polemical Essays on Translation (Rodopi, 2003); and Two-Way Mirrors: Cross-Cultural Studies on Glocalization (Lexington Books, in press). His translations have appeared in Sunflower Splendor: Three Thousand Years of Chinese Poetry (Anchor Books,1975), edited by Irving Lo and Wu-chi Liu, and The Selected Poems of Ai Qing (Foreign Languages Press, Indiana University Press, 1982). He was elected President of the American Comparative Literature Association (1995–1997) and has served as chair of the Intercultural Studies Committee of the International Comparative Literature Association (1997–2004), and he has been a Vice President (1999–2005) of the Fedération Internationale des Langues and Littératures Modernes (FILLM). In 2000, he was admitted as a Fellow to the Royal Society for the Encouragement of Arts, Commerce, and Merchandise.

Why Study Literature
Scroll to top