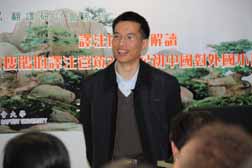 Most of the previous researches on translator’s notes were conducted from a prescriptive perspective, such as stipulating the situations under which the notes should be added or specifying the elements of notes, etc. Contrary to these studies, the present research will look into the early translation annotations of Zhou Shoujuan—a novelist and translator during the late Qing and early Republican period in China—from a descriptive approach. By surveying the types, forms and subjects of Zhou’s translation notes from 1911 to 1919, the study attempts to reconstruct Zhou’s views on the function and purpose of translation notes and reveal his attitudes towards foreign fiction translation at the beginning of the 20th century in China.

A Cultural Interpretation of Translator’s Notes: The Reception of Western Fiction at the Beginning of the 20th Century in China as Revealed from Zhou Shoujuan’s Translation Notes
Scroll to top