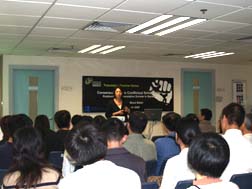 Growing awareness of the responsibility of the translator and interpreter in shaping geopolitical relations led to a surge of interest in the subject among translation scholars in the nineties and the early years of this century. Scholars engaging with issues of power and ideology in this context however tend on the whole to draw on historical examples which, while still highly relevant, have largely lost their political ‘sting’ – in other words, they are largely non-controversial, at least in scholarly circles: Irish history; British colonization of India; Spanish and Portuguese colonization of South America; gender and sexuality. More contemporary conflicts, especially those close to home, are likely to be more ‘divisive’ and contentious. These are generally avoided, despite their urgency and growing evidence of the central role that translation and interpreting play in shaping them. Examples include the involvement of translators and interpreters in Guantanamo Bay, the Palestine/Israel conflict, Iraq, Chechnya, the ‘security’ agenda and the so-called War on Terror. There are however strong indications that the next stage of development in the discipline will feature a focus on research that engages with sensitive and potentially risky research topics, that seeks a nuanced understanding of ethics, and that is able to articulate a role for translation as a positive force for change in a highly troubled political environment – albeit a non-consensual and at times even conflictual force.