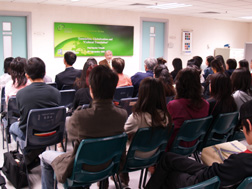 Originally and etymologically, “translation” may have meant carrying across, but subsequently and metaphorically, the primary meaning of the term has come to be the transfer of literary and discursive texts from one language to another. Translation has thus formed a vital medium of communication and exchange across different cultures for over two millennia. But now, in our current climate of postmodernist/postcolonial theory and economic and linguistic globalization, “translation” appears to be reduced to its earlier literal meaning of migration or transportation, especially with the rise of the new collocation “cultural translation. ” I argue that such monolingual subversion of translation represents a pernicious and possibly terminal threat to the very idea and practice of translation as we have always known and cherished it.

Harish Trivedi is Professor of English, University of Delhi, and has been visiting professor at the universities of Chicago and London. He is the author of Colonial Transactions: English Literature and India (Calcutta 1993; Manchester 1995), and has co-edited The Nation across the World: Postcolonial Literary Representations (New Delhi 2007), Literature and Nation: Britain and India 1800-1990 (London 2000), Post-colonial Translation: Theory and Practice (London 1999), and Interrogating Post-colonialism: Theory, Text and Context (Shimla 1996; rpt. 2000). He guest-edited a special issue of New Comparison (U.K.) on “Comparative Literature in India” (Spring 1997), and co-edited an issue of the postcolonial journal Wasafiri with “Focus on Translation” (London Winter 2003).